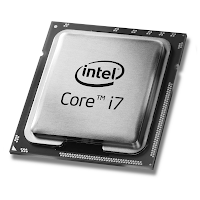 Like many other user interface frameworks, JavaFX is single-threaded; but since most modern computers have multi-core CPUs, many JavaFX applications can benefit from introducing multiple threads – as long as it is done correctly, in a manner compatible with JavaFX. This article shows you how.

Benefits of being Single Threaded

It is most likely that the device you are using to read this article is multi-core – most devices are nowadays. Many laptops are already quadcore, and even a tiny table like the Nexus 7 (shipped in the fall 2012) has a total of 16 cores (graphics cores included).
So why would JavaFX be single-threaded, thereby seemingly loosing its ability to leverage the full potential of multi-core computers? There are three answers:

So if JavaFX has a single-threaded programming model, how can we ever get away with using multiple threads in a JavaFX application? To answer that question, realize that JavaFX is only responsible for purely user interface-related tasks, such as laying out text fields on screen, styling your application, handling user interactions, and so forth. Everything else is completely up to you.
Consequently, you can run as many additional threads as you prefer – just do not tinker with the user interface in parallel with the JavaFX rendering thread. So while this code is illegal if running in its own thread

Here, instead of invoking the setText() method of class TextField directly, we define a job for JavaFX to do on the JavaFX rendering thread, using a brief implementation of the Runnable interface.
Be advised, that the runLater() method gives no guarantee as to when later is. In my experience, responsiveness can be as slow as a few seconds, if – and only if – the CPU load is high when you invoke runLater(). Still, under normal circumstances, it happens instantaneously.
I have come across situations where it would be best to have a guaranteed immediate execution, wherefore I have filed the following proposal, which is currently being consideration by the JavaFX team:

In the JavaFX application I am building for wefend.com, users will be able to monitor their homes and see an event log of everything that is going on. This event log is presented as a semi-3D landscape which allows users to surf freely through time and reexperience the events. Constructing this landscape for a particular date turned out to be rather CPU demanding, because each event has its own little user interface with pictures, text fields, buttons, and what not. Constructing the user interface for just a single event takes 50 milliseconds, which is not bad – in fact, I am quite satisfied with JavaFX's performance in this regard. The problem, however, is the fact that my application is sometimes constructing more than 100 of these, meaning the user will be waiting for at least

100 × 50 milliseconds = 5 seconds
Needless to say, this has a huge impact on the user interface experience.
But what if the user has a multicore CPU? Assuming, for instance, it is a quad core, and given that JavaFX occupies one of these cores for animating the complex scene graph I have, we would still have three cores to split the construction task, thereby lowering the execution time from 5 seconds to 1.67 seconds. At least, that was my theory, and, of course, a theory that I felt obligated to ascertain.

Last week was such a great week at the office, because indeed, using multi-threading turned out to be the perfect remedy. The JavaFX class Task proved a good starting point. In Java SE terms this class is what is called a RunnableFuture. This just means it is like any other Runnable (as seen in the earlier example), so it can be run by a the Thread class. but it is also a Future, which means it works as a handle to a result that is being computed.
Now, in stead of creating 100 user interfaces on a single thread, I am now creating 100 Tasks that can be executed on an arbitrary number of threads. This is an important point. We have 100 tasks to execute, but we do not want 100 threads competing for the CPU's attention – that would put additional strain on the CPU from having to constantly switch between threads.
So how many threads should we choose? The Java class Runtime has a method called availableProcessors() which – contrary to the name – actually gives you the number of threads your machine can run in true, uninterrupted parallel. Mine has two CPU's with 6 cores each, hence the method returns 12. If you have an Intel quad core CPU supporting hyperthreading, the returned count is 8 (thanks to Knut Arne Vedaa for reporting this).


Putting it All Together

To take care of running the threads and reusing them, Java has a built in thread pooling mechanism, that can be created by invoking the static method newFixedThreadPool() of class Executors. So, all in all, my code looks like this:

In my particular application, I actually ran into a JavaFX bug because of this. The bug may be caused by the fact that I am using my own control skins, so this bug may not affect you. However, if you start seeing IllegalStateExceptions, have a look at my work-around described on the JavaFX Jira, or contact me on Twitter (@r4nd4hl).

Multi-threading has great potential for speeding up your JavaFX based user interfaces. Since JavaFX is single-threaded, only the JavaFX rendering thread can work on the live scene graph. However, other lengthy tasks such as constructing complex user interfaces (before they are attached to the scene), can – and sometimes should – be implemented using a mutli-threaded approach. Most modern computers are multi-core, so following the approach described in this article will in many cases increase your user interface performance significantly.
Posted by Unknown at 00:22
Labels: cpu, Java, JavaFX, multi-core, multi-threading, performance, thread
Newer Post Older Post Home